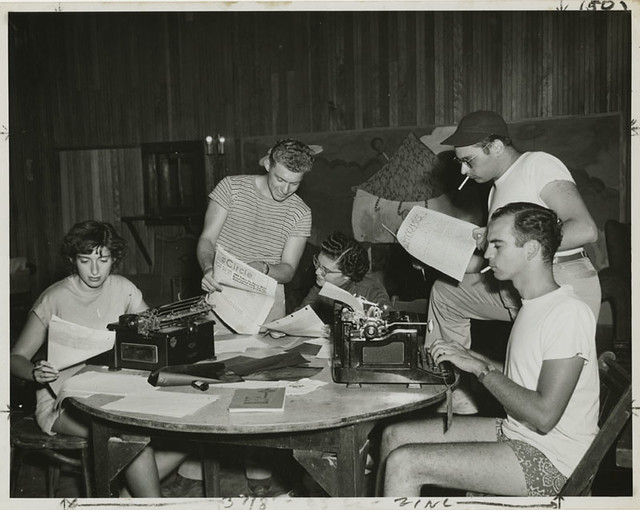 We released the 2016 Mental Health in Tech Survey

On Monday (March 14) I put up a new version of the survey I did in 2014 about mental health in the tech workplace. I have used the numbers from the 2014 survey a lot in my talks, and I wanted to get newer data. I also wanted to get more information about the kinds of issues that people working in tech are dealing with. I got a lot of help on this, especially from Matthew and Ayumi Bennett, Elizabeth Naramore, Jennifer Akullian Avery, Christina Keelan, and Johanna Wu. 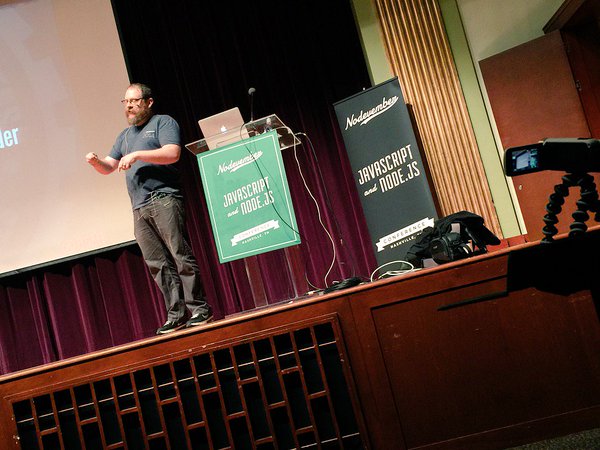 Since June 21, 2015, when the main 2015 funding campaign ended, I have spoken at 9 conferences I wouldn’t have attended without your support. They include:

I also attended OSCON, and did a Birds of a Feather session.

Some of these conferences covered travel expenses, and some did not. Even when they did, meals and other expenses were covered by donated funds.

In the upcoming months:

I’ve submitted to a few other conferences, and I’ll announce them when I hear acceptances.

I was interviewed on Microsoft’s Channel 9 blog 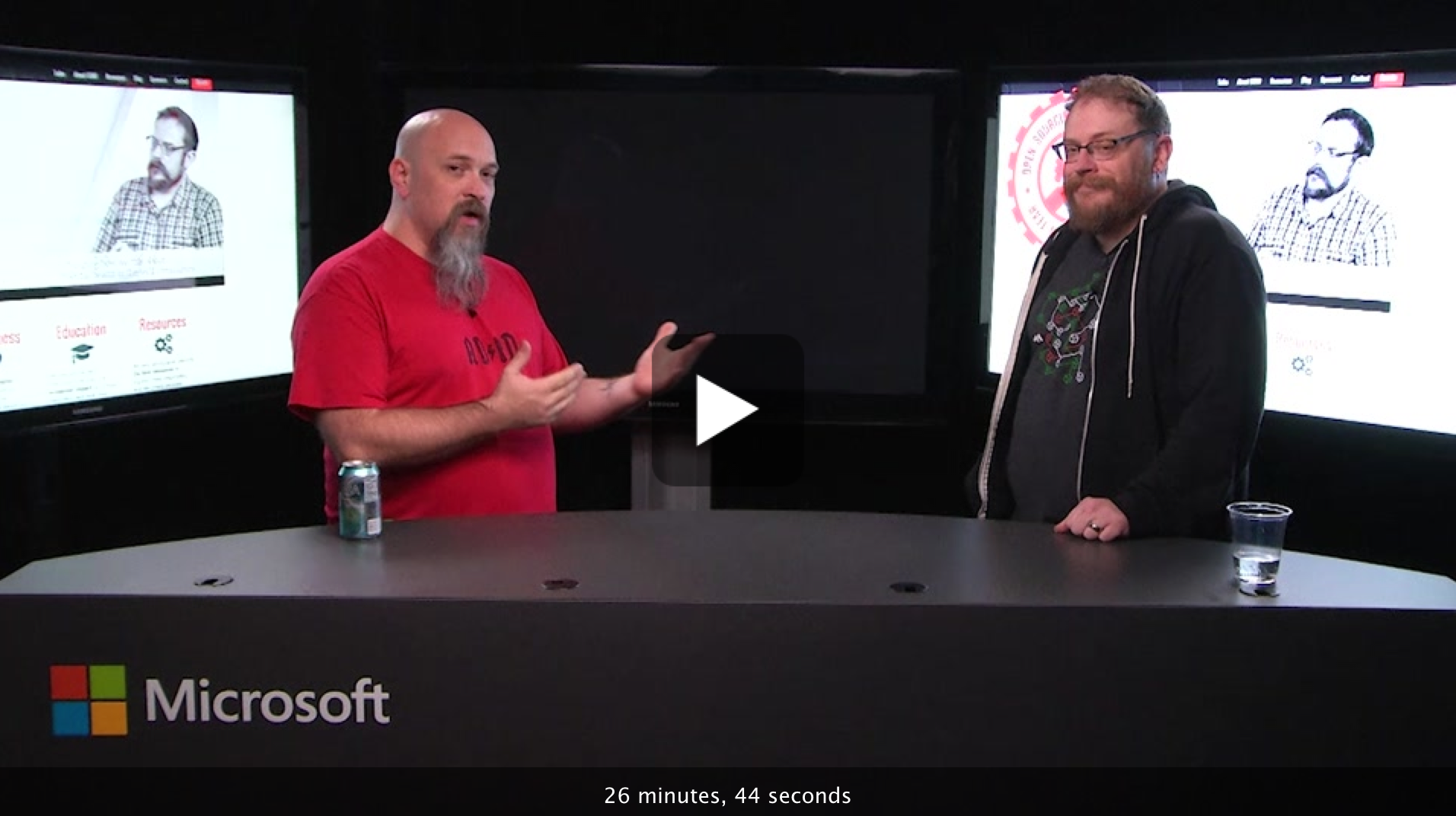 This just happened a couple weeks ago, thanks to the awesomest guy in the world Josh Holmes. We were working with his team in Seattle for work, and he asked if I’d be interested in doing this video interview. My hair is a disaster, but the whole setup was pretty cool. Josh has been talking a lot about living with ADHD lately, which is super cool.

We have a bunch of new volunteers

Now there are 6 people helping me in various ways with OSMI. This is really cool and kind of weird, because I’m very used to just doing most things myself and having total control over them. However, folks kept asking to help, and it seemed like a lot more neat stuff could be done if I let them. So, moving forward, I think we will be able to reach more people and affect more change with their help.

It’s important to mention that my wife Nicole has been helping me this whole time in a ton of ways, both directly and indirectly. There’s no way I could do any of this without her.

We launched a new web site at OSMIhelp.org

Fancy, responsive, SSL, has my face all over it: OSMIhelp.org. We also moved the blog to blog.osmihelp.org.

We’ve worked a ton on documentation

It’s not done, which I’m bummed about, but we have made a bunch of progress. Jennifer Akullian Avery and Johanna Wu have volunteered a bunch of time and effort to put together documentation on applying the Americans with Disability Act (ADA) to mental health in the workplace, both for employers and employees. This document is very close – we just want to get an attorney to review it to make sure we aren’t saying anything ridiculous. We also have done good preliminary work on guidelines for making a workplace supportive of mental wellness. We need to put more time into writing detailed examples, though, which has been a struggle.

Late in 2015 I had the opportunity to speak at Branding Brand in Pittsburgh, PA and another tech company in West Lafayette, IN (where I live). The really cool thing about these opportunities is that I was able to speak directly about specific workplace issues with employees and management. I got great feedback on this, and I hope we can keep doing it in the future.

I bought a video camera

This has worked out well for recording talks – better than my iPhone was doing.

I took a new job, and they’re amazingly supportive

I now am Head of Developer Culture and Lead Developer at Graph Story. The team there has been incredible, accommodating the time I’ve needed to speak at conferences, and even presenting me with opportunities I wouldn’t have otherwise: they asked me to use their sponsor talk slot at CodeMash in January 2016 to give my OSMI talk. This was a great chance to reach new communities, and it wouldn’t have happened if Graph Story didn’t feel strongly about what I’m doing.

That TedXLafayette Talk finally got published

You can watch it here.

We made some t-shirts, forgot to send some, and then made more 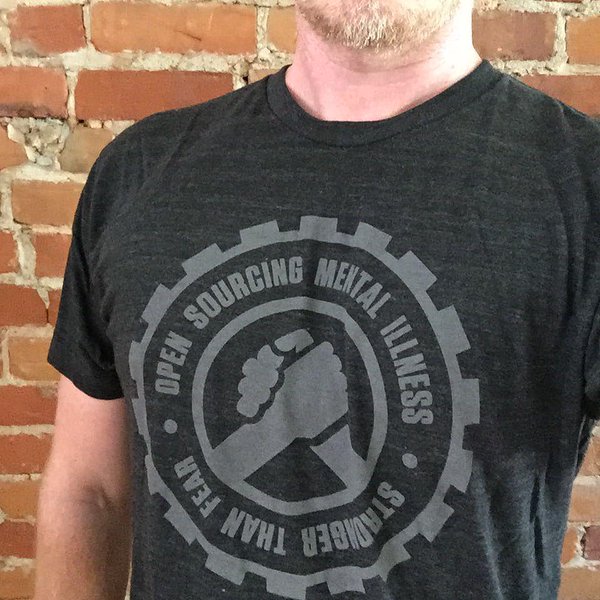 T-shirts were the most popular reward for donations, and also the one I screwed up the most. We had about 6 people who didn’t get theirs, because I wasn’t diligent about tracking it. To address the issue I had a 72-shirt run printed early this year, which includes women’s cuts. I’ll use the shirts we still have (which is most of them) in the next fundraiser.

It costs a lot to send a t-shirt to Europe.

We will do another fundraiser soon

In late April or May I will kick-off a new fundraiser for 2016. Funds from the 2015 fundraisers have been depleted, so at this point I’m just using personal funds to cover travel. This hasn’t been a huge problem, but will be a bigger issue when I need to fly to more conferences this summer. We’ll also use funds to compensate those who give their time to do work for OSMI, which lets us do way more. We can’t pay them what their worth, but it does help.

When the new fundraiser is ready to go, I’ll announce it various ways. I’ll also close the 2015 fundraiser to ongoing donations.

That’s what I can remember at the moment – I’m surely forgetting things. OSMI has kept growing beyond what I thought was possible, and has pushed me to grow personally in ways I wouldn’t have otherwise. The support of my family, friends, and members of the tech community means more to me than I can say. We are making a real, positive difference in people’s lives, one person at a time. Thank you so much for believing in what we are doing.