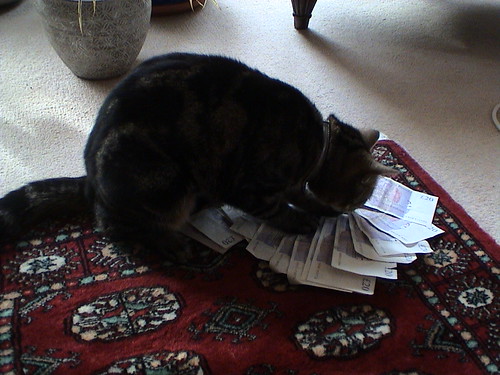 Yesterday I put together a short survey that asked some questions about what people would be willing to pay for Spaz webOS. It’s been my plan all long to change a small fee (when possible — you can’t yet in the Palm App Catalog) for Spaz webOS, and use the revenue to support further development. Since I believe strongly that Spaz must be an open, transparent project, here are the results so far from 145 responses:

…and here are some comments on the results:

What is the most you would pay to purchase Spaz in the Palm App Catalog?

From doing a little math on this, it seems like $2 is the optimal price point in terms of revenue generation, followed closely by $3.

What 1-3 features would make you more likely to purchase Spaz in the app catalog?

First off, lots of people ignored the request to pick 1-3, which isn’t surprising (you couldn’t set a max number of choices). That being said, 4 items were far and away the most popular choices

Also of note were some of the “Other” responses. They included: