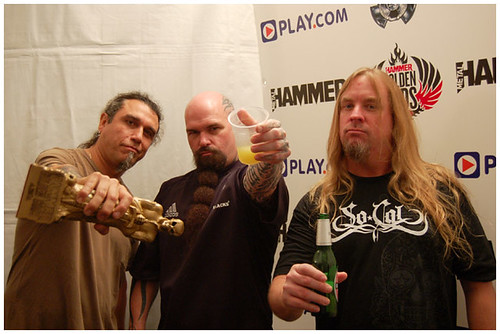 I am pleased as punch to finally be able to announce publicly that Spaz, the Twitter client I developed in HTML and Javascript for the Adobe Integrated Runtime, has won “Best HTML Community Application” in the AIR Develper Derby.

I submitted Spaz as something of an afterthought, to be honest. I had received some good feedback on it from a couple people at Adobe, but I didn’t think it was all that, so to speak. Throughout the development process I avoided looking at what other developers were doing, especially other Twitter devs, because I was sure it would send me into a tailspin of despair at the bush league-ness of my own kung fu. After all, Spaz is the first “Rich Internet Application” I’ve written. I hadn’t even written an AJAX call in any code up until Spaz.

So, receiving this award is a great surprise to me, and very encouraging. There are a lot of great Twitter clients out there, and this makes me believe that Spaz is at least in the ballpark. Or, as Cal Evans put it far more succinctly, “Spaz doesn’t suck.”

BTW, I’m at AdobeMAX2007 in Chicago now, so if you’re an attendee and want to chat about Spaz, drop me a line.