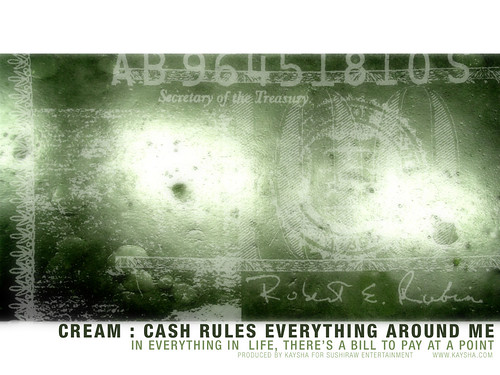 Alex “Bring The” Payne put an interesting post on his blog yesterday about improving the state of tech journalism. While I tend to feel that what he describes is not unique to IT, I don’t think that this means we should just say “oh well, it sucks.” Bad things will always be around, but I’d rather work towards making less of it, even if just in my own little circle of dorks.

While it’s a complex issue that likely needs to be addressed in several ways, one aspect that stuck in my head is incentive. Alex talks about this generally as one of a few possible solutions to this issue:

Incentivize technology reporting as a career — It’s hard to make a buck as a technology journalist, particularly one who reports on something more substantial than gadgets and empty enterprise software press releases. No wonder that TechCrunch has gone the route of sensationalism; it drives ad clicks and sparks debate, making a potentially dreary beat profitable and exciting. Tech journalism isn’t sexy, but it could be made so. That change starts with breaking the cycle of low-quality tech reporting, giving prospective technology journalists a set of role models they can aspire to.

I believe that at least in part, this comes down to (as so many things do) money: how much tech writers are paid. I also believe that we aren’t doing right by the folks who strive for excellence in tech journalism, making their jobs harder than they should be.

I frequently hear people talk about how teachers are underpaid; how those who have such an impact on our lives at an early age should be well-paid, because that will attract higher-quality candidates. I tend to agree with this idea, at very least in the sense that if you are paying more, you will tend to get better people.

I’ve done freelance writing off and on since I was a teenager, and I’ve been doing “development” in one way or another in computers for almost as long. One thing I can tell you with certainty is that it is far, far easier to make money doing IT stuff than writing about it. Tech writing simply doesn’t pay well in almost all cases. Every time I’ve written an article or worked on a book1, the money was not the primary factor, because I was barely making minimum wage (or worse) if I actually did the math2. Getting people who do know their stuff to write about IT is made significantly more challenging, because it means sacrificing productive, profitable opportunities. It can mean the difference between handling your mortgage payment with no problem, and asking your landlord for a couple extra days to get the rent money.

As consumers in the economy, we vote with our dollars. When we purchase a product, we enable the companies involved in creating that product to keep doing business as they see fit. We effectively endorse their actions (intentionally or not) in this way.

For “free” product like most web sites, though, we don’t vote with our dollars – we vote with our eyeballs. Ad revenue is determined by visits. Ad revenue is what keeps most journalistic3 sites in business. When we visit a site, we are enabling them to do business as they see fit. We are endorsing their actions.

Ad blocking software complicates the issue, especially on tech news sites, where the relatively savvy readership blocks ads at a much higher rate4. It’s sort of a passive-aggressive way of dealing with something we don’t like: still playing the game, but fudging the rules. Unfortunately, I suspect this only leads to two things:

Obviously some folks are going to do lame stuff no matter what, and the use of ad blocking software won’t impact their behavior. But for people who want to do The Right Thing, this makes things harder. Harder for them to pay people to write. Harder for writers to support themselves and their families. Ad revenue is, in the vast majority of cases, the only viable revenue stream these sites have. By blocking ads, we use their service, but take away their ability to pay for it.

There are security concerns associated with some ads, of course, and sometimes we can’t anticipate what kinds of ads we might see on a new site. In these cases, I would suggest a couple potential approaches:

If you like the way a tech news site does business, vote with your eyeballs and turn off your ad blockers. If, however, you don’t like how they do business – or if they run obnoxious or potentially dangerous ads – follow the same principle and don’t visit the site. At all. That will be far more effective than simply blocking ads.

Update: a good piece from The Week titled “Is Writing for the Rich?”:

It’s not obvious how young writers without accommodating, well-to-do parents or a trust from gramps make it these days. Surely they can’t spend a year or two blogging without pay until an audience evolves to nurture them. They’ll starve. Meantime, freelance rates for non-fluff magazine writing have barely risen in the past 15 years. And the chances of getting a job at a quality newspaper or a serious magazine are fast approaching zero.