The ugly side of developing AIR HTML apps 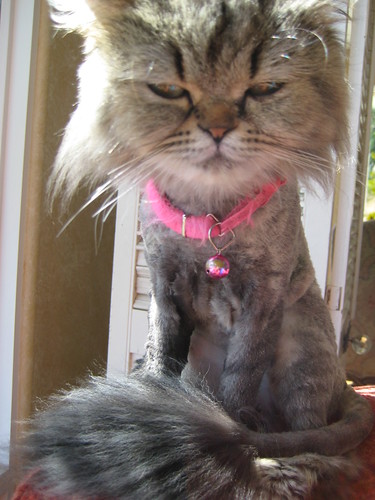 I’ve been developing with AIR for over a year now. It’s all been HTML/JavaScript apps, but the complexity of most of them has been pretty low. Spaz, the Twitter client I created, definitely isn’t simple, though – mostly because I’m kind of a crappy coder, but also because it just does a lot of stuff.

Lately I’ve been getting a little bummed about AIR, because I’m starting to bump into limitations of the platform more and more. What’s particularly frustrating is that some of these limitations are specific to HTML AIR app dev. So what follows is a couple of issues that have been particularly troublesome when developing Spaz and other HTML/JS AIR apps.

AIR gets greedy under OS X

Julien Viet, who has contributed significantly to Spaz, made a post recently about the base resources used by the AIR runtime. In it he finds that the basic “Hello World” sample app provided by Adobe used about 20MB of RAM, and hovered at about 2% CPU usage even when idling. I replicated these tests on my Macbook (2.2Ghz, 4GB) under OS X 10.5.4 and WinXP SP2, and had similar results:

I also created a Flex-based “Hello World” application to compare base usage if the Webkit renderer isn’t being used. Memory usage was slightly lower, but otherwise it was comparable to the HTML app.

The constant CPU usage seems to be specific to OS X: WinXP will jump back and forth between 0% and 2%. This is consistent with my observations of CPU usage in Spaz as well: in OS X, we get 10-15% CPU usage constantly, but under XP and Vista, CPU usage is 0% while idling. Initial memory usage is also about 30% higher with Spaz under OS X than it is under Windows. Something is goofy with AIR on OS X.

That aside, I don’t think the memory and CPU usage of AIR are surprising, considering the technology. AIR is a full Flash runtime, and HTML apps add a Webkit renderer on top of that. The memory and CPU usage is in line — or a bit lower — than most SSBs. Using traditional browser tech to build a desktop app is going to be a tradeoff in terms of memory and CPU usage, just like many other technologies that make development easier. But for one reason or another, the expectation seems to be that AIR is a lightweight technology, and it’s really not.

What is particularly problematic is that there seem to be memory leaks within the Webkit engine as used in AIR – or at very least, it’s pretty easy to leak memory. Apps like Spaz run into this problem because it’s constantly pulling in large amounts of new data and images, and is often left running for hours or days on end.

Some of this is almost certainly because you can get away with that kind of thing on a web site, where users are unlikely to leave a single page open for days on end. Even if a web site does causes a big leakage, the browser almost always gets blamed. The libraries and tools available for HTML/JS devs, being browser-focused, typically don’t pay much attention to long-term performance issues.

Essential tools, like profilers and step debuggers, are non-existent

But memory leaks are a problem for most desktop app developers. That’s why memory profiling tools are common in desktop frameworks. And Adobe certainly understands this to be the case with Flex, as it’s FlexBuilder 3 IDE ships with memory and peformance profiling tools, as well as a full-featured debugger with breakpoints et al. That’s perfect if I was writing something in Flex, but it is completely useless for HTML/JavaScript AIR apps. I was able to get Spaz to run from within Flex Builder with a tiny bit of hackery, but the profiler gets no information about what’s going on within Webkit.

Other common choices for debugging web apps aren’t available either: Firebug is Mozilla-specifc, and the Drosera debugger and Web Inspector tools can’t hook into AIR’s Webkit instances. The information on Drosera does say:

I would assume that WebScriptDebugServer exists inside AIR’s Webkit, but AFAIK this has not been utilized in any way. Adobe does have a nice AIR-specific tool called the AIR Introspector in the SDK, and it does offer some very useful functionality, but it too lacks step debugging and profiling capabilities.

That leaves us with good old console logging as our only option for debugging AIR HTML apps. That’s okay for simpler stuff, but tracking down execution bugs in more complex applications becomes extremely tedious. And console logging is basically useless for memory profiling, as there’s no insight into the underlying operations of Webkit.

I’m proud of the work I’ve done on Spaz, but as the application has grown in complexity, I’ve found the limitations of HTML app dev in AIR more and more problematic. Adobe has consistently stated that the HTML dev side of AIR is as important as the Flash/Flex side. To quote Mike Chambers:

Adobe AIR is as much about JavaScript, HTML, CSS, etc… as it is about Flash / Flex. #

If that truly is the case, Adobe needs to commit to providing a toolset for HTML/JS developers comparable to what Flex developers have. Until that’s changes, Mozilla’s XULRunner and Prism platforms are looking more and more appealing.