Thoughts on the HP “Think Beyond” webOS event 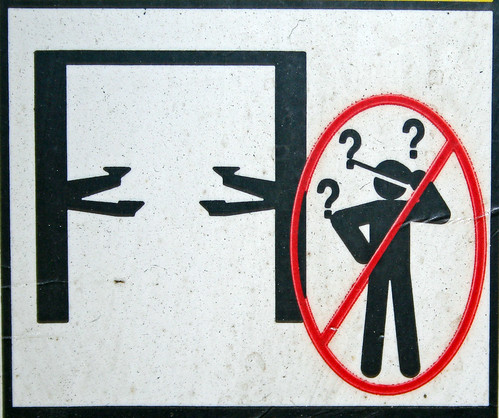 So I’ll admit I sat through the entire event on two liveblogs. I’ve invested a bunch of time in webOS dev, and I really, really like the platform. This event would say a lot about the future direction of webOS. Hitting a home-run with the press would go a long way to ensuring the platform is around for a long time. So I was pretty interested.

My reaction, after chewing on it for an evening, is mixed at best. Some stuff was really encouraging, but vague information and poor, confusing messages continue to plague HP/Palm.

All the tech looks solid. The interaction between devices is impressive. The tablet looks great, the Pre 3 and Veer hit their markets solidly, and all 3 look powerful enough to run webOS properly.

This would be a slam-dunk A if we didn’t get the vague release timeframes that have plagued Palm in the past. “Summer” (in the northern hemisphere) gives us a timeframe between 3-7 months from now. And if we learned anything from the Pre launch, people forget quickly how awesome your stuff looked in a press event a couple months ago. Even on the short end, this seems contrary to HP’s proclamations that “when HP makes announcements, it will be getting ready to ship”. Based on past experience, it’s hard to believe HP/Palm will ship these devices in short order. I’d love to be wrong, though.

Also, no carriers were announced. That’s disappointing, and may indicate problems HP is having getting interest after the poor performance of the Pre and Pixi.

Solid stuff. Skype is a big one, as is Kindle. Both are key apps that webOS has suffered without. The publisher partnerships are interesting, but it remains to be seen whether the concept apps turn into long-term publishing relationships. If Enyo comes through with its potential to be a cross-platform development framework, targeting an app for webOS will likely make more sense for big name third parties.

HP really dropped the ball here. Not only did they go back on a promise to bring webOS 2.0 to the Pre and Pixi, they seemed unprepared with the news. It seems clear that not everyone was on the same page, and some Palm/HP employees weren’t even aware of this. In addition, no clear plan to make it up to loyal webOS users was presented.

This would be less of an issue if carriers had been announced. Folks stuck with a Sprint Pre would at least have a clear upgrade path that gets them on the 2.0 train. For now, it’s hard for them to be optimistic.

My personal experience (which might get me in trouble for saying, but c’est la vie): webOS 2.x runs pretty well on the Pre Plus. In some ways, the apparent performance is superior to 1.4.5. I’ve heard it runs poorly on the original Pre, though.

I was surprised at how short the developer presentation was last night. Enyo is exciting, no doubt – it’s a very solid framework that is far more flexible than Mojo, and allows for much better development workflows & utilization of superior dev tools.

So that’s awesome, but it also means that if you’ve invested a lot of time in Mojo dev (like me), you can just toss that out. There is no upgrade or conversion path. It’s completely different, and you’ll be writing your app from scratch. And whether Enyo can run on 1.4.5 devices (packaged with the app itself) is up in the air, so if you want to support the users you have now, you now have two codebases to maintain.

Even worse, devs I’ve spoken with expect to be let down by HP/Palm – they expect to get unclear, vague answers. Or silence.

Fundamentally, I have to wonder how much effort HP is putting into webOS dev relations. I’ve dealt with the folks there and they’re stand-up people, but my general impression is that they’re hamstrung and unable to communicate clearly to webOS devs. This is the time dev relations needs to be at its strongest, most forward, and clearest. Making folks rely on casual Q&A at social events, or catching Twitter posts is not how it should be done. If HP really wants a top notch dev program, they need to step up and fix this ASAP, or risk alienating their dev core.

If HP can get their communication problems sorted out and start being what I’d call “aggressively transparent” with its development community, I think we’ll get back on the right track. Here’s hoping.