Twitter’s ecosystem streamlining, and what it means for webOS devs 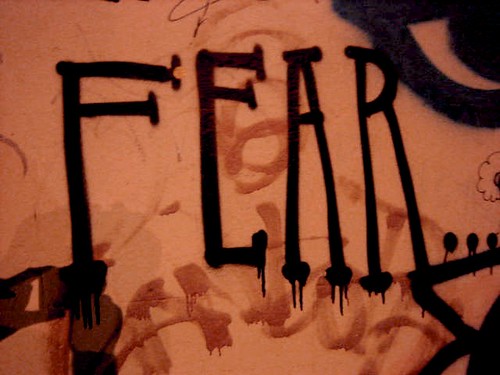 I had a really fun time the other night on the webOSRoundup live podcast recording. We do it over Skype + UStream, so folks in the chat can watch us while we dick around and try to fix technical issues. I love doing stuff like this because I get to act like I know what I’m talking about – it’s a lot like this blog in that respect.

One of the major topics of discussion was a recent announcement to the Twitter developer community about the way users interact with Twitter, and where developers should focus their efforts. There were also updates to the API TOS, but that really didn’t change much. The “money quote” was in the letter, signed by Ryan Sarver, that went out:

…developers ask us if they should build client apps that mimic or reproduce the mainstream Twitter consumer client experience.  The answer is no.

While follow-up discussion has basically been Twitter employees saying “oh, we didn’t mean that you can’t, just that you probably won’t make money doing it.” While the folks posting this probably believe that, I think the folks who actually control what Twitter does meant what was said. And what was said was “you should not make client apps,” and not “you probably won’t make money making client apps.”

A lot of people have asked if this means 3rd party client apps are banned. No, not at the moment. But Twitter’s overriding purpose is to make their investors money, and if it becomes more lucrative to ban 3rd party clients outright, or restrict API access to blessed or paying developers, I have no doubt the company will do so. People have short attention spans, and if Twitter is still around in 2 years, things may have changed enough where they don’t care so much that they can’t use Tweetdeck.

The second point that came up in this discussion was how this affects webOS. There is no official client on webOS, but there is a very active set of 3rd-party devs who work on clients, including myself with Spaz. Right now, I believe there’s no official client simply because Twitter doesn’t care about webOS. At the moment, webOS market share is too low to matter to them. When that changes, they will be more interested in it.

And rest assured, HP Palm wants an official client. It’s in a list of apps they want, like Netflix and Skype. If HP/P has to build it themselves and just have the approval of Twitter (Twitter certainly doesn’t build all their official clients in-house), they will – like they did with FaceBook.

What does that mean for the various independently-developed Twitter clients? Probably that they will need to be accept that their products will be niche. I’m speculating, but I suspect HP/P will not put much effort into promoting 3rd party clients. There’s a good chance an official Twitter app will be pre-installed as well, which means many (most?) users won’t bother looking in the App Catalog for another option.

Does that mean you’re screwed? No. But it means you’re gonna have to accept a role as a “hobbyist” rather than trying to make this your day job. As Alex Payne said:

Get cozy with [Twitter], or work at arm’s length. Operating in between the hobbyist and professional roles could be difficult, and developers may be understandably frustrated as they’re forced to rethink their projects and products

I suppose it’s possible that HP/P might pluck some lucky indie developer out of obscurity and bring them on to develop the official client. More power to that person if it happens. I hope you’ll enjoy removing features from your client and making space for ads.

Me, I’ll keep making Spaz, and improving its interoperability with other microblogging systems like the StatusNet-based Identi.ca. I’ve never made money on Spaz, and I like it that way — it keeps me focused on doing the right thing, not what will improve my financial position.

Luckily I can do that, but not everyone can, and those webOS developers who rely on their Twitter apps for income would be well-advised to consider whether their want to tie their success to a single company anymore — a company with which they have no financial relationship, and one that has clearly stated their intent to control the end-user market.